Breast cancer susceptibility genes (BRCA) are important tumor suppressor genes, including BRCA1 and BRCA2. BRCA1/2 gene is an important biomarker to assess the risk of breast cancer, ovarian cancer and other related cancers, and it is also a biomarker that affects the choice of individualized treatment options for patients. BRCA1/2 plays a key role in cellular DNA damage and repair pathways. Early studies have found that BRCA1/2 is the main cause of hereditary breast/ovarian cancer syndrome; recent studies have shown that BRCA1/2 mutations increase the risk of colon cancer, pancreatic cancer, skin cancer, and male prostate cancer.

The BRCA1 and BRCA2 genes were discovered in the 1990s and are located on chromosomes 17 and 13, respectively. They are tumor suppressor genes and their protein products are involved in DNA repair and other processes. There are thousands of BRCA1/2 gene mutations that have been discovered, some of which are clearly pathogenic mutations. The incidence of BRCA1/2 pathogenic mutations in the population is about 0.1%-0.3%, and its incidence can reach 2.1% in Ashkenazi Jews, a high-risk race. 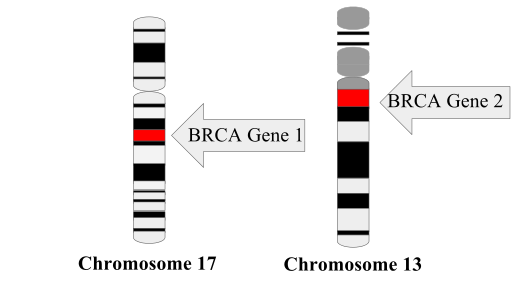 • As a maintenance treatment for patients with recurrent ovarian cancer, fallopian tube cancer or primary peritoneal cancer that are sensitive to platinum-based chemotherapy (complete response (CR) or partial response (PR));

• Maintenance treatment for ovarian cancer, fallopian tube cancer, and primary peritoneal cancer that recurred after CR or PR after platinum drug treatment, without the need to detect BRCA genotype.

• As a maintenance treatment for patients with recurrent ovarian cancer, fallopian tube cancer or primary peritoneal cancer that are sensitive to platinum-based chemotherapy (complete response (CR) or partial response (PR)).

We can provide diagnostic standards for BRCA1/2 multiple mutation types to ensure the detection limit, sensitivity and stability of the diagnostic method. 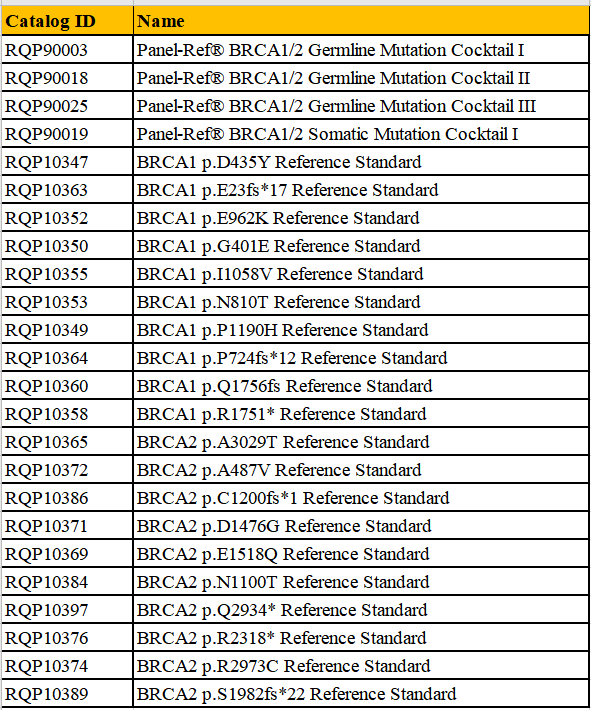 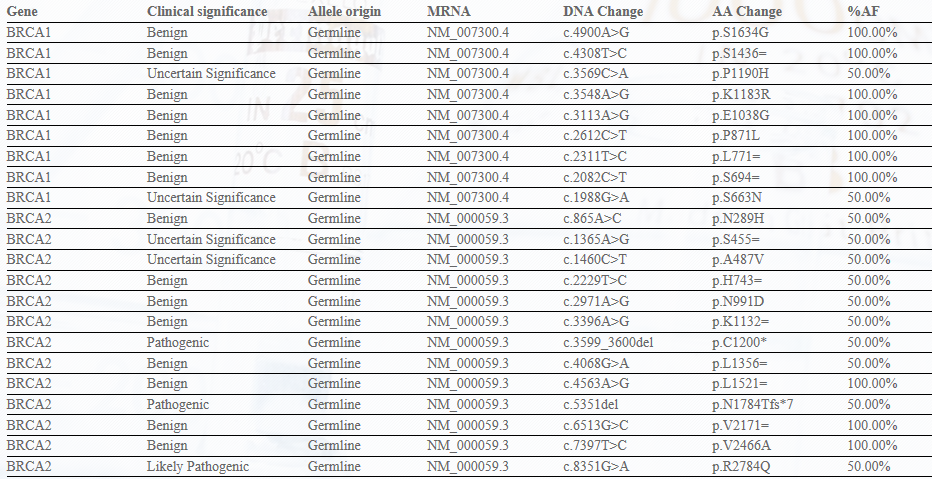 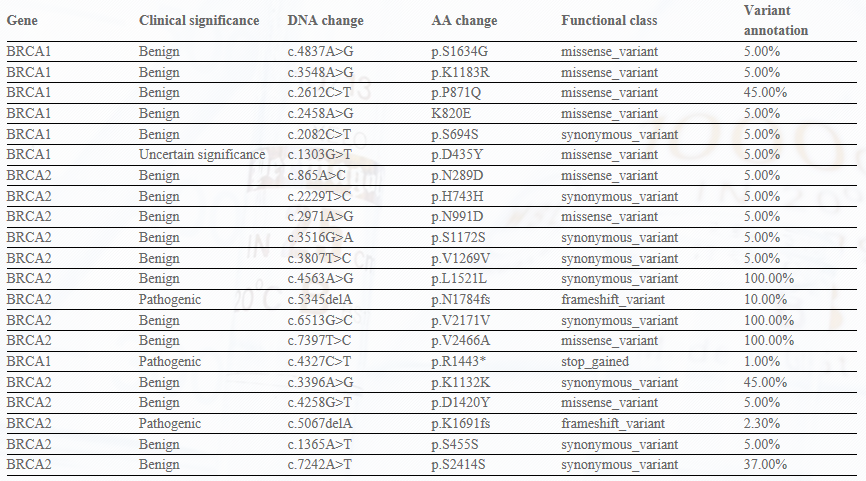